Auckland is a green and comfortable city destination. Auckland, New Zealand’s largest city, can’t boast great attractions, but the greenery and cozy atmosphere make many fall in love with this multicultural city.

The maritime city is delightful

Auckland is located in the northern part of the North Island of New Zealand. The sea surrounds the city from many directions, and many of Auckland’s attractions are connected in one way or another to the sea. For the dizzy, Auckland has plenty of opportunities to test their courage – mostly in the upper air.

For many, Auckland is the first city to explore in New Zealand’s stunning scenery , as flights often arrive here. The international atmosphere and relaxed lifestyle immediately absorb the tourist.

Auckland is an excellent shopping town and there are plenty of good restaurants and cafes. Auckland is surrounded by volcanoes and their lush slopes and parks. The archipelago spread out in front of the city offers numerous opportunities for hiking and outdoor activities, and there are many good museums in the city for those interested in culture.

The Finnish winter is the summer of New Zealand

Auckland has summers from December to February, when the weather is usually warm and sunny. The temperature is often twenty degrees to the right, but evenings and nights can be cool. In winter, from May to August, the weather is cool. 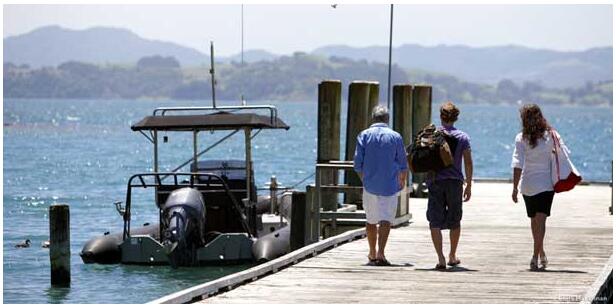 It rains all year round. Auckland is suitable as a city destination all year round, but due to the weather, the most favorable time to travel is during the summer season.

Auckland, like the whole of New Zealand, is a very safe destination, so normal caution is enough.

The town is very clean and the services work great. The local tourist information, i-Sitet, is also an excellent source of information that is definitely worth a visit.

FLIGHTS, ACCOMMODATION AND MOVEMENT IN AUCKLAND

A long way to get there

There are no direct flights to Auckland from Finland, but one or more flights can be flown through many cities in Europe, Asia and Australia.

Flight prices start at just over a thousand euros. Auckland Airport is approximately 20 km from the city center and is conveniently reached by an airport bus every 10 to 15 minutes.

The price level of accommodation is affordable

Auckland offers plenty of accommodation of different levels and prices. Most of the accommodation is in hotels and hostels. The price level is slightly lower than in Finland.

Take the bus or on foot

Public transport relies on buses that run extensively around the city and beyond. The most convenient for tourists are Link buses, which constantly run certain routes near the city center. The buses come in three different colors and are easy to identify from the street view.

The center of Auckland is reasonably small, making it easiest to walk there. Further afield can also be reached by train. The public transport terminal, Britomart, is close to Auckland Harbor and most buses leave from nearby streets. 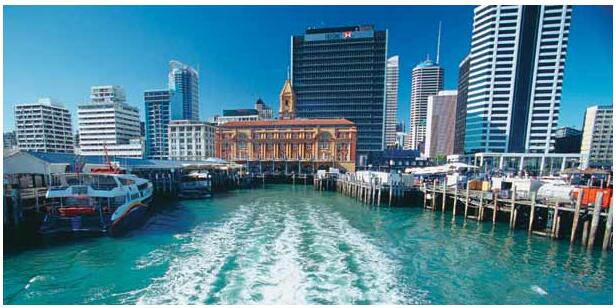 Sky Tower is a city landmark

The 328-meter Sky Tower is the tallest building in the Southern Hemisphere and an absolute landmark in Auckland. The tower can be reached by a quick lift and from the observation decks you can admire the city below and the mountains on the horizon.

Part of the observation deck floor is glass, which makes the experience even more amazing. Those looking for adrenaline can walk on the plateau outside the tower or jump from the bungee jump tower.

SkyTower also has a good café and restaurants. Downstairs there is an extensive souvenir shop as well as excellent i-Site tourist info.

Volcanoes around the city

Auckland is surrounded by nearly 50 volcanoes, some of which are still active. The best known of these are One Tree Hill and Mt Eden, which are easily accessible from the city center by bus. Both have great views of the surrounding city.

In addition to the crater, on One Tree Hill you should take a walk in nearby Cornwall Park and visit the Stardome Observatory. Mt Eden is the highest volcano in Auckland and its crater is a sacred place. Also worth a visit is the Eden Gardens on the hillside.

Kelly Tarton’s Underworld is an underground aquarium about 12 miles from downtown Auckland. Visitors can see rays, sharks, seahorses and numerous fish species in the aquariums. A section reminiscent of Antarctic conditions has also been built underground, where you can see penguins and get to know the lives of explorers.

Kelly Tartu can be reached either by local bus or by free shuttle bus, which departs once an hour from the vicinity of Auckland Ferry Terminal.