Belarus. According to Countryaah.com, Belarus Independence Day is July 3. Belarus was accused early last year of trying to sell military equipment to Iraq. Lebanese authorities seized a shipment that was reported to come from Belarus and was intended to be brought into Iraq via Syria. Belarusian authorities denied involvement, but Belarus had close relations with Iraq and was identified by Western intelligence sources as a source of equipment and expertise for the country. The deal was a setback for the Belarusian regime, which had hoped that EU countries and the United States would lift their entry ban on leading Belarusian representatives.

President Lukashenka declared in September that Belarus will not enter the planned currency union with Russia in 2005, when the ruble would be used as currency. Moscow’s backlash was that the Gazprom gas monopoly threatened to cease gas subsidies to Belarus and raise the price sharply. A formal reason was said to be that Belarus refused to participate in joint ventures around the gas pipelines. But it was clear that Gazprom was backed by the Kremlin, which tired of Lukashenka’s policy. Poor Belarus is almost entirely dependent on gas from Russia.

In September 2008, parliamentary elections were held, and first, Lukashenko allowed opposition parties to participate. However, they did not get any candidates elected to the 110-seat parliament. While election observers from the Association of Independent States described the election as fair, it was criticized by the West and by the opposition who conducted demonstrations. Lukashenko replied that the opposition is financed from abroad and is redundant.

After being barred from traveling to EU countries for 10 years, in October 2008, the EU lifted visa restrictions for Belarusians. The EU had two motives for this policy change. In part, to prevent Belarus from recognizing the two breakaway republics of Abkhazia and South Ossetia, which Russia had recognized 2 months earlier. On the other hand, the EU acknowledged that 10 years of isolation of Belarus had not led to any changes in its policy – either inwardly or outwardly. The 10 years of EU policy had failed. Instead, the EU now wanted “change through contact”. Lukashenko used the change to pay a visit to the Vatican and to a Belarusian trade show in Lithaun.

The Belarusian economy in 2004-08 was characterized by high growth with growth rates of about 10%. However, the country was also hit by the global economic crisis and growth in 2009 fell to around 0%.

As in Denmark, demonstrations are routinely attacked by police and protesters in custody. The country still allows the death penalty and several prisoners were sentenced to death in 2009 – without anyone being executed, unlike the US and China. In June 2009, Parliament began legislative work aimed at abolishing the death penalty. The country has several prisoners recognized by Amnesty as political prisoners. obstacles in the way of human rights activists.

The presidential election was originally scheduled to take place in 2011, but was accelerated and held in December 2010. The election included 10 candidates – including the incumbent President Lukashenka. He officially got 79.65% of the vote and despite reports from the opposition on intimidation and harassment, the election of many observers was termed open and fair. So open and fair it was now possible an authoritarian state. However, two of the opposition candidates, Niaklajeŭ and Statkevič, were beaten by police during demonstrations on election day itself. Lukashenka’s opening for opposition candidates aimed to improve relations with the EU and the US. However, this purpose was not fulfilled. The EU acknowledged the opening of the election campaign, but sharply criticized the abuses of opposition candidates on election day itself. The United States refused to recognize the election result and demanded the two of the opposition’s presidential candidates who were released on election day. While the West was generally critical, the choice was recognized by Russia, China, Azerbaijan, Kazakhstan, Georgia, Ukraine, Syria, Venezuela and Vietnam. 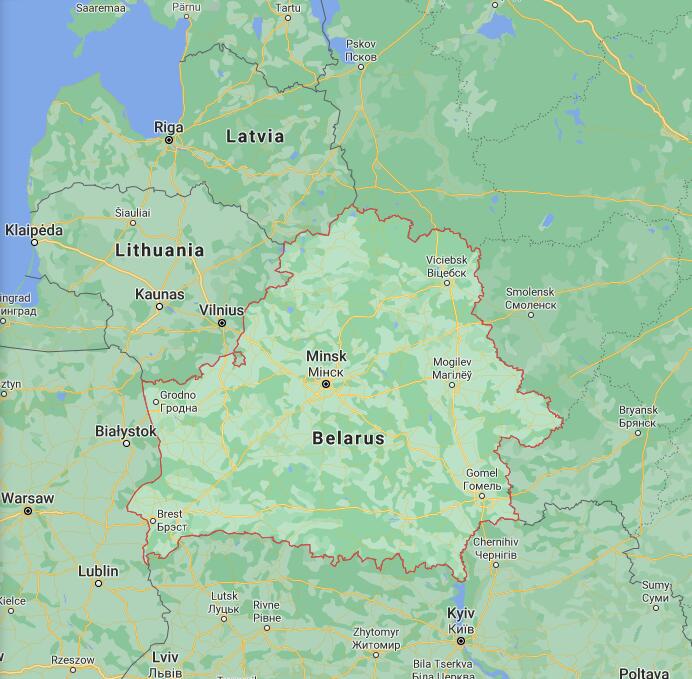