Comoros. According to Countryaah.com, Comoros Independence Day is July 6. Two regional government ministers and twelve soldiers were arrested in February on suspicion of trying to overthrow the federal government. The arrested were reported to have a strong connection with Ngazidja’s president, but he denied any involvement in the coup attempt.

Disputes over how political power would be distributed increased with the decentralization in 2002, when regional governments were set up in the three main islands. The conflict threatened the country’s fragile economy. For example, it was unclear which administration, the regional or federal, was entitled to collect taxes. This led to double taxation of traders, who went on strike in protest.

The conflict also meant that the country had to wait for foreign loans. The International Monetary Fund (IMF) did not want to design any economic program for the archipelago as long as the unclear political situation existed. With the support of the African Union (AU), negotiations were launched in June to try to resolve the conflict. Following the mediation of, among others, South Africa’s President Thabo Mbeki, the parties concluded an agreement on the distribution of power at the end of December. They agreed that parliamentary elections should be held in April 2004. Under the agreement, a new customs authority would be created, regional governments given control over the police while the army would sort under the federal government. Before the election, which has been postponed since December 2002, observers from the AU would be stationed in the country. 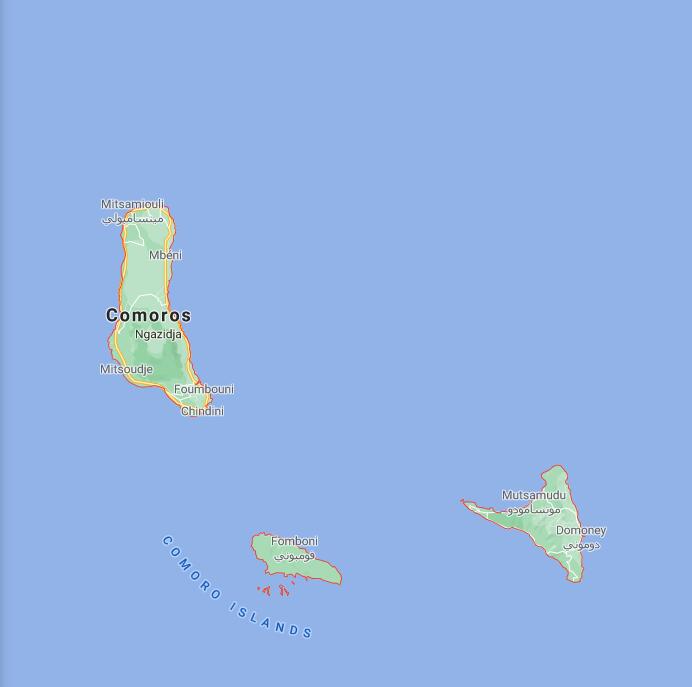 Union of the Comoros Brief Guide

According to AbbreviationFinder, the Comoros is an archipelago state in the northern part of the Madagascar Channel in the Indian Ocean. The state consists of three islands: Grande Comore, Moheli and Anjouan. Mayotte, part of the Comoros archipelago, is controlled by France, but the government of the Union of the Comoros considers it part of the union. Until 2003, the official name of the state was the Islamic Federal Republic of the Comoros.

Please pay attention to the special nature of your trip and check the coverage of the insurance in that respect as well.

Vaccinations
Before the start of the trip, the tourist must ensure that the basic vaccinations according to the national vaccination program are valid for the duration of the trip. Basic vaccinations include measles, mumps, and rubella vaccine (MPR), tetanus and diphtheria vaccine, and an annual influenza vaccine for high-risk groups.

Recommended vaccines for all are Hepatitis A (HAV), tetanus, diphtheria, mumps, measles and rubella. The vaccines to be procured based on the risk assessment are hepatitis B, influenza and typhoid. There is a risk of malaria in the country.