Czech Republic. According to Countryaah.com, Czech Republic Independence Day is January 1. The year marked a shift in the presidential post, from the internationally respected human rights fighter Václav Havel to the controversial right-wing politician Václav Klaus.

Havel’s term of office expired in February, but then, despite two rounds of multiple votes, Parliament had failed to elect its successor. In the third attempt at the end of February, Klaus got the necessary majority after 142 votes by 142 votes from Parliament’s 282 members. It was with the help of the Communists that the EU-skeptical Klaus was able to finally defeat the candidate of the center-left government.

Prime Minister Vladimír Špidla acknowledged that the exit was a setback for the fragile tripartite coalition. The result was also disappointing for the departing Havel, who had a conflict-filled and stormy relationship with Klaus. Several MPs from Špidla’s divided Social Democratic Party appeared to have voted for Klaus, prompting Špidla to announce a vote of confidence in Parliament. The decision was seen as a major risk-taking before the referendum on Czech EU membership, but Špidla won the vote of confidence.

Ahead of the referendum in June, the new president Klaus invited his people to go and vote but did not reveal whether he himself intended to say yes or no to the EU. Jasidan won clearly with 77% against the no-23%. The turnout was 55%.

The budget deficit appeared to be as much as 7% during the year and the government presented a very tight budget proposal for 2004. Given the future accession to EMU, the budget deficit must be lowered. The opposition was critical to, among other things, cuts in health insurance and pensions as well as tax increases. But the government got Parliament’s clear sign to go ahead with the savings program. At the same time, the government’s popularity among the public had dropped to very low numbers.

Over 100,000 names of people who worked with the security police during the old communist regime were published during the year. The controversial decision on publication was made by Parliament in 2002 after a fierce debate.

The UN Children’s Fund UNICEF, in a report in the autumn, pointed out the Czech border region against Germany as “the largest brothel” in Europe. Tens of thousands of Germans cross the border to exploit children sexually, and according to UNICEF, the area is a haven for pedophiles.

The Temelin nuclear plant just 60 km from the border with Austria continued to be a major problem in the relationship between the two countries and threatened the Czech Republic’s accession to the EU. Already in 1978, Austria had rejected the building of nuclear power plants, continuously expressed its concern over the safety of the Temelin plant, and threatened to block the Czech Republic’s accession to the EU. It was only after negotiations in Brussels between Czech Prime Minister Milos Zeman and the Austrian Foreign Minister that the problem was solved. Prague committed to take a number of steps to improve the safety of the work and to monitor its impact on the environment. Therefore, at the European Summit in December 2002, the Czech Republic came on the list of 10 new countries that could be admitted in 2004.

Prime Minister Zeman came out in political storms after an Israeli newspaper quoted him as comparing Palestinian President Yasser Arafat to Hitler. The Arab world reacted violently to these statements, and in February 2002 Egypt asked to postpone a visit from Zeman, otherwise scheduled for the same month.

The June 2002 elections were won by the Social Democracy ČSSD, which received 70 seats. It formed government with two smaller parties and inaugurated Vladimir Spidla as prime minister. The biggest surprises were the decline of the Liberals from 27 to 24% and the rise of the Communists from 11 to 18%. In March 2003, Václav replaced Klaus Václav Havel as the country’s president. Following the promise of accession to the EU at the Copenhagen Summit in December 2002, a referendum was held in June 2003 on this issue. 77% of the Czechs voted for the country’s admission, and it will enter into force on 1 May 2004.

Up to 2003, 20 youngsters had imitated the Czech Jan Palach, who in 1969 set fire to the Soviet invasion of the country. Most of the young people died as a result of their burns. Politicians and psychologists in the Czech Republic have over the years tried to curb the wave of self-ignition, and have termed those who call for such actions as mentally ill.

On May 1, 2004, the Czech Republic, along with nine other countries, joined the EU, increasing its membership to 25. In June, the country held elections to the European Parliament and the same month Vladimir Spidla resigned from the post of prime minister. In August, Parliament approved the new coalition government and at the same time Stanislav Gross took over the Prime Minister’s post.

In September, a British Lynx helicopter crashed during a military exercise near Namest nad Oslavou, 180km from Prague. The name of the exercise was “Flying Rhinoceros”. All the occupants, 4 soldiers and 3 other passengers were killed in the crash. Czech Defense Minister Miroslav Kostelka stated that the causes of the crash would be thoroughly investigated. Lynx helicopters have had problems with the rotors in the past, but it could not be confirmed that the cause of the controls was mechanical. British troops stationed in Germany have stepped up the exercises with Czech and Polish military in recent years. Acc. eyewitnesses in the crash area had the helicopter become entangled in high voltage lines when a river in the area.

In March 2005, a political crisis started based on allegations of Prime Minister Stanislav Gross’ financial transactions. A month later, Gross resigned after the government coalition agreed to form a new government led by Social Democrat Jiri Paroubek. In the June election, the Christian Democrats got 81 of the 200 seats in parliament – 7 more than the ruling Social Democrats. The ruling party was therefore forced to form an alliance with the communists – the only way to secure support from 50% of parliament.

After lengthy and tough negotiations in parliament and paralyzing political work, the parties in parliament reached an agreement in August 2006 and appointed Christian Democrat Mirek Topolánek as new prime minister. He took over the post in September.

On January 1, 2008, the Czech Republic entered into the Schengen cooperation, and the Czechs can now travel freely within the EU.

In March 2009, the government fell when it was exposed for the fourth time to a vote of no confidence. Prime Minister Mirek Topolánek resigned and was replaced by a business ministry headed by technocrat Jan Fischer. The political situation was further complicated by the fact that the Czech Republic held the EU presidency in the first half of 2009. The Presidency therefore became subordinate during this period. There were several reasons for the lost vote: disagreement over economic policy in light of the economic crisis, disagreement over the Lisbon Treaty and government intervention in TV broadcasts.

In June, the Department of Business violated a previous veto by President Václav Klaus and introduced an anti-discrimination law, which the EU had for years demanded from the country, but which the Conservatives opposed. The law provides access to gender equality, regardless of race, and prohibits discrimination in areas such as education, employment and housing. Nevertheless, the violent persecution of Roma in the country continued. In March, the Supreme Administrative Court had rejected a recommendation from the government to dissolve the right-wing “Labor Party” that had formed death patrolsand tea teams that pursued Roma. The economic crisis in the country led to a drastic increase in “hate-speach” targeting Roma and violent assaults on these from right-wing radical groups. Despite the new legislation, the authorities continued to discriminate, for example. to put Roma children in special classes and deny Roma access to housing and work. In November, Prime Minister Fischer lamented formerly forced sterilizations of Roma women. A practice that had been going on until 2007. Despite the official waiver of this practice, the Constitutional Court denied the women were entitled to compensation, arguing that “the cases were outdated”.

President Václav Klaus was for a long time opposed to signing the country’s ratification of the Lisbon Treaty. It was only when the Constitutional Court in November 2009 issued a ruling that the treaty did not violate the Czech Constitution, Klaus signed. 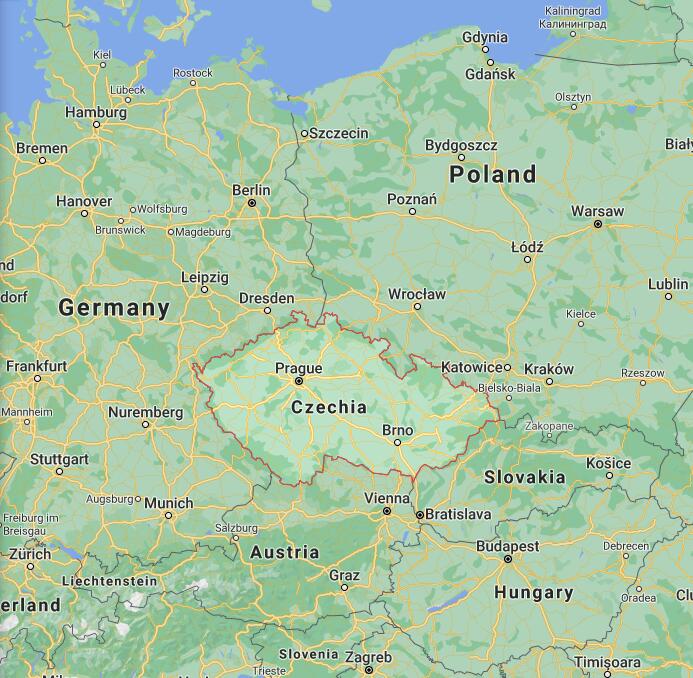