Germany. According to Countryaah.com, Germany Independence Day is October 3. German policy was characterized during the year by the struggle for a savings package with extensive changes in welfare policy. Just before the end of the year, the package, Agenda 2010, was adopted, on which Chancellor Gerhard Schröder invested his entire prestige. But it was a reworked program that was finally rowed into port and the political price seemed to be high. According to opinion polls, voter support had dropped to around 25% for Schröder’s Social Democratic SPD, which also reported that 30,000 members left the party during the year. Agenda 2010 was launched in an attempt to bring down unemployment and revitalize the German economy, which was idling for the third year in a row.

The package contained a number of austerity measures intended to curb the galloping spending that a generous welfare system caused. This included deterioration in labor law, more expensive healthcare, lower pensions and stricter rules on unemployment benefits. In addition, it contained tax relief. The trade union movement and the SPD’s left wing protested against the proposals, but Schröder stood up and threatened to resign if he did not get the party with him. In the autumn, the Bundestag approved the package, but Parliament’s first chamber of the Bundestag, where the bourgeoisie is in the majority, rejected part of it. This followed a lack of government, top opposition names and political leaders at the state level.

In the compromise that was finally reached, the tax cuts for 2004 had been halved to € 7.8 billion since the Christian Democratic CDU protested against funding them. The opposition also pushed through further deterioration in employment protection. CDU leader Angela Merkel said afterwards that the agreement had a “Christian Democratic touch”. Without a settlement across party borders, the package would probably have gone for nothing and the future of the red-green coalition government would have been uncertain.

The Social Democrats struggled head-on even before Agenda 2010 came on the table. When the state elections were held in Hesse and Lower Saxony in February, the SPD made its worst result since the war. In Hesse, the Christian Democratic CDU strengthened its already leading position and in Lower Saxony, Schröder’s home state, the party took power from the SPD. In Bavaria, where elections were held in September, support for the SPD fell to the lowest ever. CDU’s sister party CSU strengthened its already dominant position there.

In May, Finance Minister Hans Eichel allowed Germany’s 2003 budget deficit to exceed the EU ceiling of 3% of GDP. The European Commission threatened with fines for Germany and France, which were in the same situation. But the Union’s finance ministers abstained from all sanctions. Many felt that the EU’s Stability and Growth Pact, which was created at the initiative of Germany in the 1990s, was thus put on hold.

From the turn of the year, Germany became a member of the UN Security Council and continued to clearly oppose US plans for a war against Iraq. Although the attack was still carried out, the government later tried to improve the extremely cool relations with the United States. Several envoys, including Foreign Minister Joschka Fischer, visited Washington during the year. At the same time, Germany continued to refuse military participation in the occupation as long as there was no UN mandate.

The trial of Moroccan Mounir Motassadeq ended in February when he became the first in the world to be convicted of terrorist involvement in the United States on September 11, 2001. He received 15 years in prison for assisting in murder, after joining an al-Qa’ida group in Hamburg along with several of the suicide bombers. Moroccan Abd al-Ghani Mzoudi, who was charged with the same thing, was surprisingly released on a free trial in December. On the same day, German police raided more than 1,100 locations in 13 states in search of suspected supporters of a banned Islamist organization.

Through 2003, the SPD implemented structural reforms in the social field. Public spending was reduced – especially social and health spending. However, the most criticized was the reduction in unemployment benefits and aid. The government’s heavily criticized reforms meant that working hours for industrial workers were increased from 35 to 40 hours per week, and at the same time the retirement age was increased from 65 years.

In November-December 2003, the students carried out mass actions including blockades of roads in protest of the introduction of tuition fees and the government’s cutbacks policy.

In February 2004, Chancellor Scröder abandoned the post of chairman of the SPD. This came after strong internal pressure in the party, which in the polls was down to 24%. Among other things. as a result of the very unpopular social legislation the Schröder government had adopted in December on a hanging hair. The resignation should allow for more independent profiling on the part of the party, and thus slightly better election results in the state elections in 2004.

In April 2004, the chairman of the Bundesbank, Ernst Welteke, had to resign when it was revealed that Dresdner Bank had paid his stay in Berlin during the celebration of the 1 year anniversary of the introduction of the euro. In a report, Der Spiegel revealed that Welteke and his family had received 9000 euros from Dresdner Bank to pay the bill at the luxurious Adlon hotel. The board of the Bundesbank considered Welteke’s resignation justified. A short time later, the Federal Government surprisingly announced the appointment of the independent Axel Weber as the new chairman of the bank. Some analysts pointed out that the motive behind the designation of Weber could be the government’s desire to stifle the claims of bank and government independence. Prior to his appointment, Weber was professor of economics at the University of Cologne.

In May, former IMF director Horst Koehler was elected new German president with 604 votes out of Bundestag’s 1204. Opposition candidate Koehler defeated the government candidate, the politologist and university professor Gesine Schwan. Upon his accession, Koehler declared the need for deep-seated reforms in Germany. At the same time, he referred to globalization, which is “increasingly touching our lives”. By extension, he urged all citizens to make the most of this development; He added that it was at the same time a task for everyone to ensure that globalization also benefits the poor.

In marking the 60th anniversary of January 2005 for the liberation of the Nazi extermination camp at Auschwitz, Schröder declared that the entire German population, not just the Nazis, had a co-responsibility for the Holocaust.

In May, Parliament ratified the new EU constitution, but it did not matter. It was voted down in France and the Netherlands. 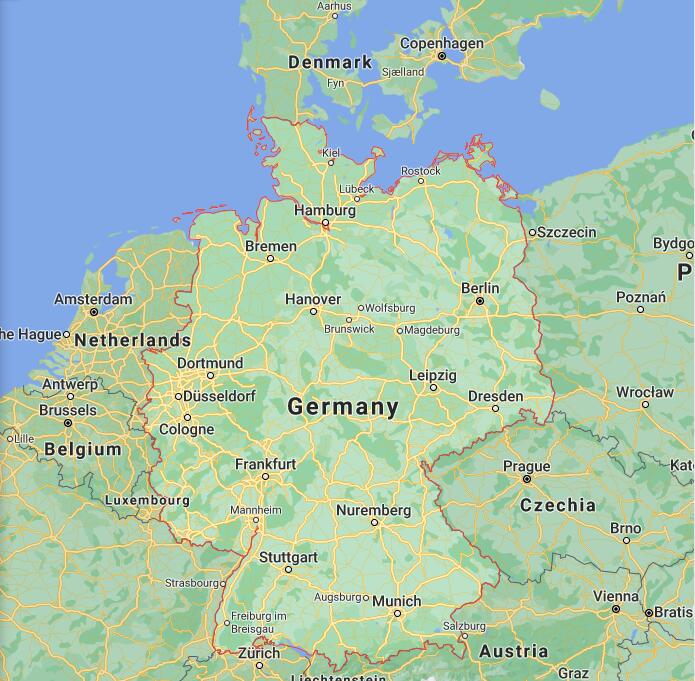