Parliamentary elections would have been held in April, but it was postponed several times. One reason was that there was no money to fund the election, another that the work on establishing new voting lengths would not be clear in time despite the government’s assistance for this work.

According to Countryaah.com, Guinea-Bissau Independence Day is September 24. The country’s economic crisis deepened. In June, for example, no wages have been paid to the army since the beginning of the year. When the Election Commission in September decided to postpone the election yet again, the military took power in a bloody coup. Commander-in-Chief General Verissimo Seabra Correia declared himself president but promised a return to civilian rule.

A transitional government took office at the end of September and free elections were promised until 2004. Businessman Henrique Rosa was appointed interim president, while Arthur Sanha became prime minister in the transitional government. A council of 25 officers, representatives of all but one of the 24 political parties and an additional eight civilian members would serve as parliament until the election. The Council was chaired by General Seabra Correia.

At the beginning of December, parliamentary elections were announced until March 28, 2004. Prior to that, the UN had decided that the UNOGBIS peacekeeping force should remain in G. at least until December 2004.

Gross national product (GNP, per resident and year): 660 US$

State and form of government
Constitution of 1984
Presidential republic
Parliament: National Assembly (Assembleia Nacional Popular) with 102 members, election every 4 years
Direct election of the head of state. every 5 years (one re-election)
right to vote from 18 years of age

Languages: Portuguese; Creole, Ful and others

Unemployment (in% of all labor force): no information 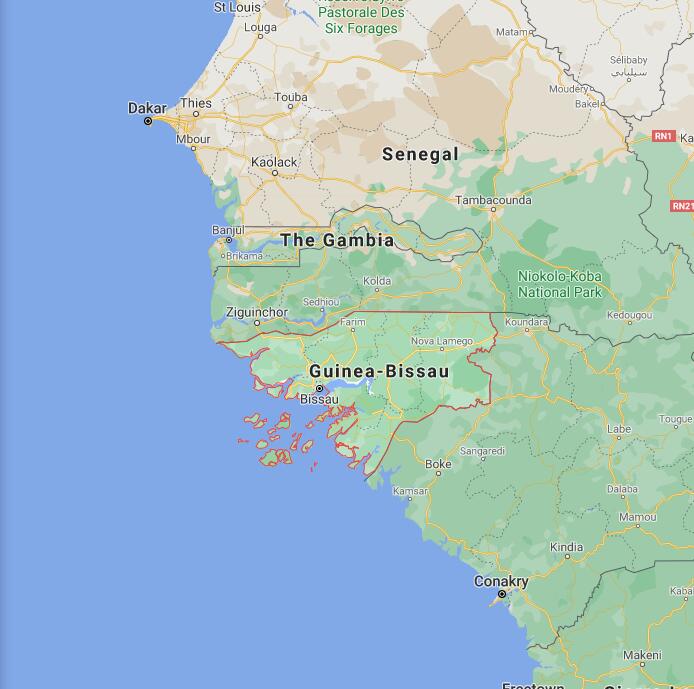