Iraq. According to Countryaah.com, Iraq Independence Day is October 3. 2003 was the year when the Iraqi Bath regime fell and its leader Saddam Hussein was arrested by US troops.

On March 20, the United States, with the support of the United Kingdom, launched a war against Iraq. The aim was to clear the country from weapons of mass destruction, to liberate its people and to oust leader Saddam Hussein and his regime. The outbreak of the war was preceded by intensive diplomatic negotiations, especially in the UN Security Council. The United States and the United Kingdom offered Saddam Hussein and his two sons Qusay and Uday Hussein to go into exile to avoid war. The proposal was rejected. On the night of March 20, the war began with air strikes against Baghdad, and later the same day American and British troops entered Iraq from Kuwait.

The resistance became less than expected. The British advanced towards Basra in the south, which was soon on the brink of a humanitarian disaster when both water and electricity supply were broken. US troops marched north supported by massive aerial and missile attacks. On April 3, they reached Baghdad, and on April 9 they had taken the city and overthrew a large statue of Saddam Hussein in the center. Cheering Iraqis were then seen in live TV dragging the statue’s head on the city streets. After the fall of the cities of Kirkuk and Mosul in the north as well as Saddam Hussein’s hometown of Tikrit, the coalition on April 14 said the country was in control. On May 1, the United States declared the war was over.

The number of fallen Iraqi soldiers was then estimated at 3,650, and the number of Iraqi civilians killed was about as many. The number of fallen coalition forces was reported to be about 150, of which 114 were Americans. But the violence was far from over with that. Iraqis plundered abandoned government buildings and even hospitals, museums and libraries. Soon there was also increased resistance to the occupation, especially in central Iraq A number of major and minor attacks were carried out, especially in Baghdad. For example, on August 19, 23 people, including UN envoy Sergio Vieira de Mello, were killed by a car bomb in the capital, and on October 27, at least 35 people were killed. International Red Cross Committee headquarters were attacked.

There were also signs of an internal divide. On August 29, the city of Najaf in southern Iraq was shaken by a car bomb that killed about 125 people, including Muhammad Bakir Hakim, leader of the Shi’ite Muslim group SCIRI (Supreme Command for the Islamic Revolution in Iraq).

After the war, the Allies continued a frenetic hunt for Saddam Hussein and 54 other Iraqi leaders whom they called “dead or alive”. By the end of the year, 40 of them had been arrested. Two – Saddam Hussein’s sons – had been killed. Saddam Hussein himself was arrested December 13 after a tip. He was found hidden in a cave in the village of ad-Dawr near Tikrit and made no resistance. Many Iraqis rejoiced, but others were too affected by the consequences of the war to be able to cheer. The Iraq leadership appointed by the US made it clear that Saddam Hussein would face trial in Iraq.

No prohibited weapons were used during the war. In the autumn, the Occupation Forces weapons inspectors reported that they had not found any banned weapons after the war.

In July, the Occupation Authority, the Coalition Provisional Authority (CPA), appointed a governing council, the Iraqi Governing Council (IGC), with representatives of various ethnic and religious groups. The United States and the Council first disagreed on how to build a democratic Iraq. The United States wanted to go slowly and establish a body that would draft a constitution. The Council wanted the constitution to be written by a democratically elected body. After the escalated violence. CPA seemed back.

The parties agreed November 15 that the people in 2005 should elect a constituent assembly. This will write a constitution that the people will take a position on in a referendum later that year, after which general elections to the parliament will be held by December 2005 at the latest. because there are no voting lengths.

A major challenge was getting the country’s economy up and running. In a UN report in September, several million Iraqis were said to suffer from malnutrition and 300,000 live as internal refugees because of the war. At a donor conference in Madrid at the end of October, a large number of countries pledged a total of US $ 13 billion in aid; of these, 5 billion came from Japan. 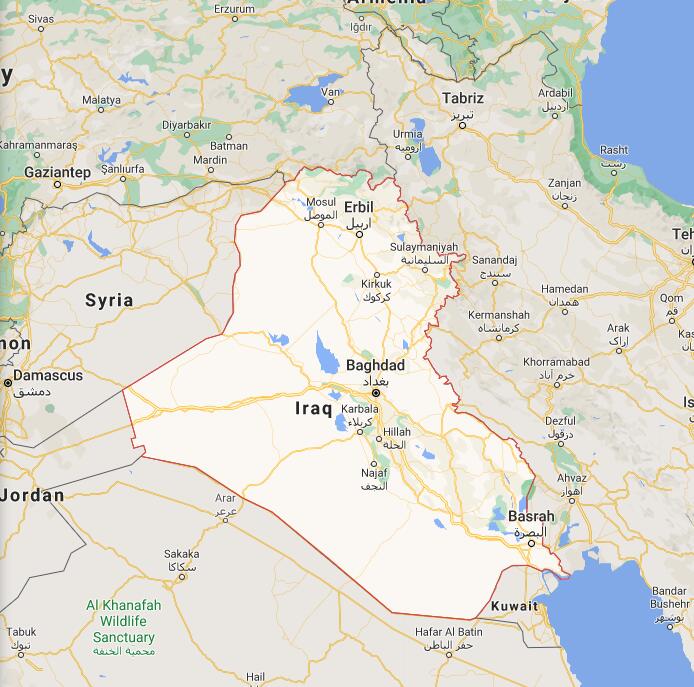 According to AbbreviationFinder,  Federal Republic of Iraq, or Iraq (al-‘Ira-q), is a republic in the Middle East. Iraq’s neighbors are Saudi Arabia, Turkey, Kuwait, Syria, Jordan and Iran. It has a population of about 25 million and an area of ​​about 430,000 square kilometers. The capital of Iraq is Baghdad, home to about 4,958,000 people. Other major cities include Mosul and Basra. The population is mainly divided into three groups based on language and religion: two thirds of the population are Arabs, the rest are Kurds. Most Arabs are Shia Muslims, but Sunni Muslims make up about a third of the total population. Iraq is one of the world’s major oil-producing countries.