On June 28, 1914 Gavrilo Princip murdered the Austrian heir to the throne Franz Ferdinand in Sarajevo, whereupon Austria-Hungary declared war on Serbia and the First World War took its course. During the war Kosovo was occupied by troops from Bulgaria and Austria-Hungary, which also meant the withdrawal of the Serbian “occupiers”. The Austrian military administration was viewed favorably by the Kosovar Albanians, not least because they founded schools and introduced Albanian-language teaching for the first time. The phase of occupation by the Axis powers ended in 1918 and Kosovo was once again incorporated into the Kingdom of Serbia, which in the same year became part of the Kingdom of Serbs, Croats and Slovenes and was renamed the Kingdom of Yugoslavia in 1929. In the interwar years, in which the administrative apparatus of the former Serbian kingdom dominated the state institutions of the first Yugoslavia, an extensive state settlement and land expropriation program was organized in Kosovo with the aim of changing the population composition of Kosovo in favor of Slavs (mostly Serbs, but also Montenegrins). An estimated 70,000 people settled in Kosovo during this period, some of whom left Kosovo again after a short period of time. The expulsion / resettlement (depending on the perspective) of probably more than 100,000 “Turks”, which took place on the basis of an agreement between Turkey and Yugoslavia, is to be understood against the background of the demographic goals of the settlement program. In response to these massive interventions, the so-called Kaçaken movement with the aim of violent resistance against Serbia (or the Kingdom of Yugoslavia) and in particular its settlement policy. Strongholds of the Kaçaken resistance (parallel to the UÇK) were the western mountain regions of Kosovo and the Drenica area. In the 1920’s, the movement was initiated by the Serbian state power with the support of the later King of Albania (King Zog) smashed. During the Second World War, the German Wehrmacht took Kosovo within a short period of time in 1941. After the unconditional surrender of Yugoslavia, Kosovo was divided into three zones between Germans, Italians and Bulgarians. The National Socialists were particularly interested in the natural resources of Kosovo. Large parts of Kosovo were united with the Italian-occupied Albania under Italian leadership. The occupiers tried to involve Albanian Kosovars in the administration and the military. B. the Kosovar SS division “Skanderbeg”which, however, had only marginal military importance, testifies. The Albanian or Kosovar resistance, like the influence of the Communist Party in Kosovo, was very limited. At the time of the occupation there were extensive acts of revenge, especially against Serbian and Montenegrin settlers, and it is estimated that as a result of this, up to 40,000 people emigrated.

The Socialist Federal Republic of Yugoslavia

With the withdrawal of the Wehrmacht in 1944 and despite the subsequent invasion of the Red Army, the Yugoslav communists in Yugoslavia were the only ones in Eastern Europe to achieve power on their own. Under Tito’s leadership, the 2nd Yugoslavia, the Federal People’s Republic of Yugoslavia, is founded, later renamed the Socialist Federal Republic of Yugoslavia (SFRY); it consists of the 6 republics of Slovenia, Croatia, Bosnia-Herzegovina, Serbia, Montenegro and Macedonia.

According to the Soviet model, Serbia gets two autonomous regions Kosovo and Vojvodina as institutional protection against the historically existing Serbian hegemony efforts in the socialist multi-ethnic state. Nevertheless, also because of the distrust of the majority Albanian population, not least because of the partial cooperation with the National Socialist occupiers, a Serbian dominance in the state and party is established in Kosovo. According to EHEALTHFACTS, under the leadership of the Serbian Interior Minister of Yugoslavia and head of the secret service (UDBA), Aleksandar Ranković, initially there was a strong repressive regime in Kosovo. Against the background of the regional political distribution of power, the Kosovar Albanians in Serbia were long viewed as a potential danger in the sense of a “fifth column” of Albania. All the more so after the idea of ​​integrating Albania into the Yugoslav state fails and the Yugoslav communists break with Stalin and the Soviet Union. In the first twenty years after the Second World War, Kosovar Albanians were exposed to a state-organized repressive regime and as citizens considered second class. It is estimated that the Yugoslav secret service UDBA opened up to 120,000 secret files on the Albanian population of Kosovo during this time.

A turning point in the Yugoslav history of Kosovo was the dismissal of Ranković in 1966 by Josip Broz Tito, the President of Yugoslavia. This development was part of a political liberalization in Yugoslavia, which included the increasing shift of powers in the previously only formally existing federation from the federal center to the republics and autonomous provinces, as well as the affirmation of the Muslim nation in Bosnia-Herzegovina. In Kosovo, 1966 marked a shift in the dominance of power in the party-state apparatus from the Serb minority to the Albanian majority. It initiated a development towards increasing independence of the province and extensive social modernization in all areas, inclusive cultural bloom and the emergence of Albanian socialist middle classes.

In 1971 the University of Prishtina was founded, which had been decided two years earlier and was to become the university home of up to 30,000 Kosovar students of all ethnicities (as well as Albanians from neighboring republics) over the next few years. The Yugoslav constitution of 1974 guaranteed Kosovo extensive rights of self-government (parliament, veto rights at federal level, police, judiciary, national bank, media, etc.), which upgraded the province to a de facto, but not de jure republic. The normative background of this restriction was the argumentation of the Yugoslav nationality policy that the Kosovo Albanians (as well as the Hungarians who inhabited Vojvodina) are a nationality (Serb.Narodnost), with a mother country outside the Yugoslav national territory, while the republic status was tied to the ethnic groups officially recognized as nations, “peoples” (Serbian narod), which had their center within the Yugoslav national territory. While Kosovo had almost the same status as the republics as an autonomous province at the federal level, it was to a certain extent privileged in its position within Serbia because, like Vojvodina, it had a right of veto at the republic level, while Serbia, conversely, not in the autonomous provinces. This was supposed to be a political explosive in the 1980’s. At the same time, within the framework of the Yugoslavia-wide student movement in Kosovo in 1968, against the background of the tension between republic-like competencies without formal republic status, calls for a “Republic of Kosovo” arose for the first time. Despite the economic boom in the 1970’s and despite financial support from Kosovo from a federal fund for so-called underdeveloped regions in Yugoslavia, Kosovo remained the poorest region in Yugoslavia; the gaps with the other republics, however, grew even further. 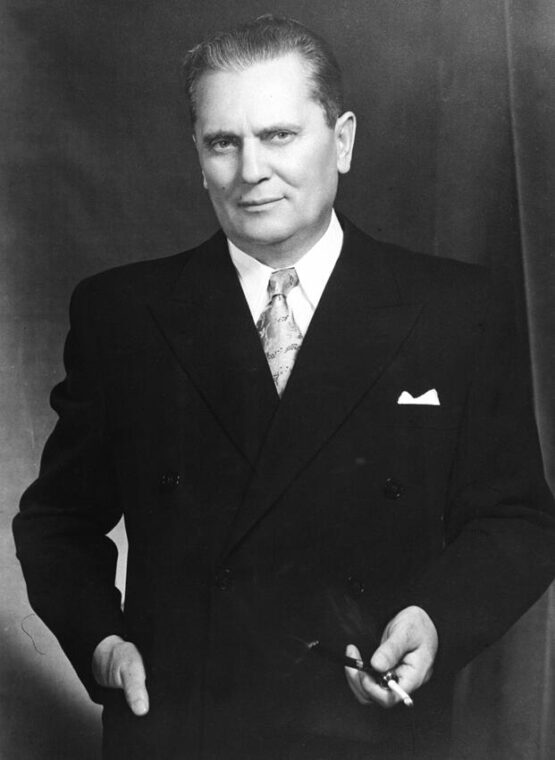