Philippines. At the beginning of the year, Parliament passed new legislation allowing the millions of Filipinos working abroad to vote in the upcoming presidential and parliamentary elections.

In the spring, the United States sent additional soldiers to the Philippines to fight another Islamist group, Abu Sayyaf. Information that US special forces would take part in combat was rejected in March by President Gloria Arroyo.

She traveled to the United States in May on a state visit. In connection with this visit, the United States continued to pledge military support of over $ 300 million. The money was seen as a reward for the Philippines’ support for the US “war on terrorism”.

From the summer, the left-wing guerrilla New People’s Army appeared to have intensified its attacks on the government army on the island of Luzon. In June, Roland Ulla managed to escape from Abu Sayyaf. He was one of 20 people kidnapped in 2000 by the guerrillas from a tourist resort in Malaysia.

About 300 soldiers, including some seventy younger officers, occupied a mall in Manila in July, demanding, among other things, the departure of the President and Minister of Defense. They accused high-ranking government and military officials of secretly selling weapons to Muslim and communist rebels in order to prolong the war and gain further foreign aid. The mythists gave up after 19 hours when they received no support from the army or the public.

The government appointed three independent commissions to investigate the allegations of the myths. The government treated the occupation as a coup attempt and prosecution was brought against over 1,000 people, including three co-workers of former President Joseph Estrada. Defense Minister Angelo Reyes resigned in August.

Indonesian Fathur Rohman al Ghozi, who was sentenced in 2002 to a long prison sentence for intervening in several bombings in Manila in 2000, managed to escape from prison in July. In October, police stated that al Ghozi had been killed in a fire.

Gloria Arroyo announced in October that she would run for president in spring 2004.

Heavy rainfall in December triggered several landslides on the islands of Leyte, Panay, Mindanao and Bohol. Over 200 people were killed. Illegal logging was considered to have contributed to the landslide.

Shortly thereafter, fifty people were suspected of having died in a ferry accident outside Palawan.

In December, President Arroyo decided to lift the temporary halt to executions introduced by her representative Joseph Estrada. The decision was made after several brutal kidnappings hit the influential Chinese minority. 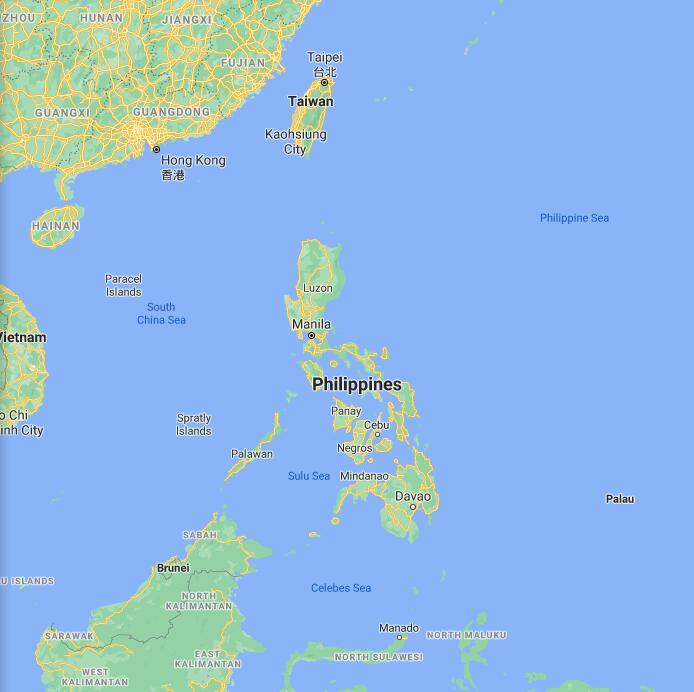 Republic of the Philippines Brief Guide

According to AbbreviationFinder, The Philippines, officially known as the Republic of the Philippines, is an island nation in Southeast Asia, in the western Pacific Ocean, with a capital of Manila and a population of about 92 million. In addition to this population, it is estimated that about 11 million Filipinos live abroad. To the north of the country, on the other side of the Luzon Strait is Taiwan, to the west is the South China Sea behind Vietnam, the western neighbor behind the sea is Malaysia and to the south is Indonesia. The Philippine archipelago includes more than 7,100 islands and is divided into three main regions, Luzoni, Visavas and Mindanao. The climate of the archipelago is humid tropical.

Today’s Philippine predominantly Asian culture has been more influenced by Spanish and American than other Southeast Asian states. culture, after all, the islands were for centuries the colonies of these western countries.

Food & beverage
Rice is an important part of Philippine food culture. Rice and corn are the most important sources of food for the population. Rice yields up to three crops a year. Export products include sugar cane, coconut, banana and pineapple. Fish or seafood is also eaten daily. The food is not very spicy, but garlic is used a lot and is also considered healthy. Vegetables are used in soups and casseroles, most commonly green beans and potatoes. Water and beverages must be industrially bottled. It is also a good idea to rinse fruits and vegetables with bottled water. Heated or tablet-purified water can be drunk. Reheated foods should be avoided.

Religion: The majority of Filipinos are Catholics (over 80%), other religions e.g. Muslims, Protestants, and supporters of different religions.