Saudi Arabia. According to Countryaah.com, Saudi Arabia Independence Day is September 23. 35 people, including nine suicide bombers, were killed on May 12 in Riyadh by three coordinated suicide attacks against a residential area where most of the residents were Westerners. Among the dead, besides Saudis, there were 13 Americans, a British, a Filipino and an Irishman. The police launched an intensive hunt for militant Islamists in Riyadh, Mecca and elsewhere. Large quantities of explosives, pipe bombs, grenades, machine guns and ammunition were seized and 600 suspects were reported to have been arrested during the summer and autumn. Authorities said that the large scale of the militant operations showed that those involved were part of the al-Qaeda terror network. The hunt often led to fighting that required casualties on both sides. Several of the suspects also blew themselves up in the air when the police struck. Despite the massive efforts, terror continued.

Elections to local parishes with limited power were promised in 2004. In December, King Fahd granted the country’s advisory assembly, majlis ashshura, the right to submit legislative proposals to the government without first awaiting the king’s approval.

In October, a conference on human rights was held in Riyadh, the first of its kind. In conjunction with this, a spontaneous demonstration was conducted on October 14 against hard-core Wahhabitan rule. However, it became too much for the regime. Nearly 300 people were arrested and 83 of them prosecuted.

The US forces, which had a large air base outside Riyadh for over ten years, withdrew during the spring. The approximately 8,000 US soldiers were no longer needed there after the fall of the Iraqi regime. Saudi Arabia and Russia agreed in September on cooperation in the fight against Islamist-motivated terrorism.

Seven Britons and one Belgian who were convicted in 2001 and 2002 for involvement in an alleged gang war on illegal alcohol trafficking were released in August. They asserted their innocence and testified about torture in prison.

In July, Saudi Arabia agreed for the first time since the 1970s to allow foreign oil companies to partake in the country’s large energy reserves. Dutch-British Shell, together with French TotalFinaElf, began extracting natural gas in the Rub al-Khali desert.

At least 67 prisoners were killed in a fire in al-Hair Prison south of Riyadh on September 15. The prison is the largest in the country. The cause of the fire was unknown.

The Saudi war against Yemen in 2017 threw the country into a serious cholera epidemic that, until mid-year, had cost nearly 2,000 lives. Acc. official figures. Saudi Arabia had routinely bombed hospitals and water supplies in previous years. By the end of the year, several million Yemenites were affected by the epidemic. Saudi Arabia had thus triggered the world’s worst humanitarian catastrophe and prevented disaster relief from reaching through its total land and sea blockade of the country.

Denmark is actively supporting the suppression of human rights in Saudi Arabia. In 2016-17, Dagbladet Information could reveal that the Danish Ministry of Business had granted export authorization for advanced monitoring equipment from the Nørresundby company BAE Systems Applied Intelligence. The permit was for exports to the dictatorial states of Saudi Arabia, Qatar, Oman, UAE, Morocco and Algeria. The advanced electronic equipment was used to monitor and persecute journalists, human rights activists and oppositionists. Even before the Arab Spring of 2011, BAE’s predecessor, ETI, had provided monitoring equipment to the Ben Ali dictatorship in Tunisia. (Theme series on Danish exports of monitoring technology, Information 2016-17)

In an effort to ease the country’s shattered reputation, in September 2017, the king lifted the ban on women being allowed to drive. At the same time, he made women eligible and eligible for future elections to the Shura Council.

In November, Crown Prince Mohammad bin Salman headed an internal power struggle and cleansing of the Saud family. Over 500 family members were arrested and 2,000 bank accounts totaling $ 800 billion US $ was confiscated. In the discourse of the dictatorship there was talk of “fight against corruption”. In the Western media, the purges of the dictatorship were presented as a “wave of reform.”

In June 2018, the United Nations released a report accusing Saudi Arabia of using its terrorist legislation to justify torture. The report punctuated Western and Saudi propaganda about reforms in the fundamentalist and klektocratic royal house. In August, the country expelled the Canadian ambassador and at the same time called his own ambassador home from Canada, after the Canadian ambassador called for the dictatorship to release a number of prominent political prisoners. (UN accuses Saudi Arabia of using anti-terror laws to justify torture, Guardian 6/6 2018) 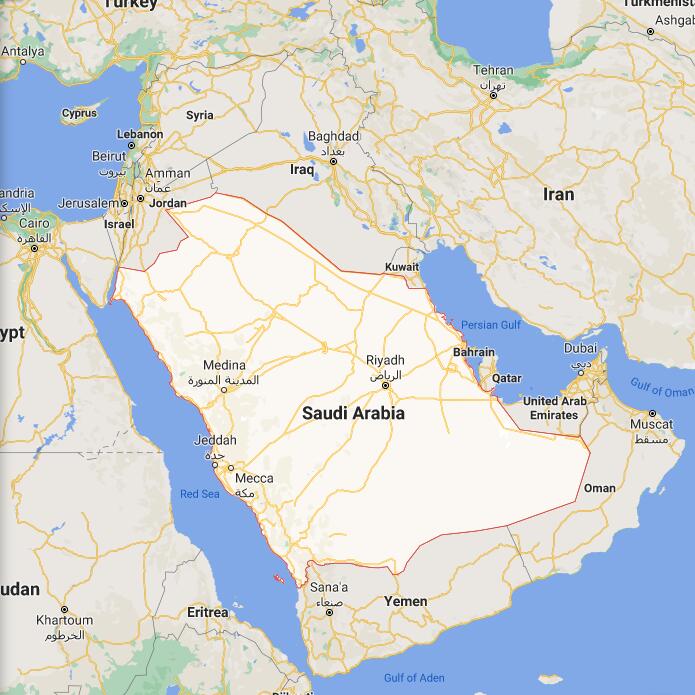 According to AbbreviationFinder, Saudi Arabia is an Islamic kingdom in the Middle East, on the Arabian Peninsula. The holy cities of Islam, Mecca and Medina, are located in Saudi Arabia. It is only in recent years that the Kingdom, which strictly restricts the entry of foreigners, has begun to issue tourist visas through carefully selected partners and authorized tour operators.