1991 Croatia and Slovenia resign from the federation

According to Countryaah.com, Serbia Independence Day is February 15. In December 1990, the parliament in Croatia adopted a new constitution which contained the right to withdraw from the federation. At the same time, a referendum in Slovenia reaffirmed the desire for independence. In the following months, the disagreement over reform of the federal system and the appointment of the president created an insoluble situation in the Yugoslav presidency. On September 8, 91, Croatia and Slovenia declared their withdrawal from the federation. It immediately prompted the Serbian population in Croatia to express a desire to disengage from the new country. The federal army, which had predominantly Serbian officers, intervened in both republics on the grounds that independence was a threat to the integrity of Yugoslavia. (See also Croatia and Bosnia and Herzegovina).

A war broke out, which in Croatia cost thousands of civilian lives on both sides. Entire cities like Osijek, Vukovar and Karlovac were destroyed and the federal army occupied about a quarter of the new state. These were predominantly Eastern and Western Slavonia as well as Krajina, which at the end of 91 proclaimed itself as “Republic of Serbia Krajina”.

In December, President of the Presidency, Stjepan Mesic and Prime Minister Markovic resigned. They were the last representatives of the original Yugoslavia. Neither Croatian Markovic nor Mesic were interested in presenting a 1992 federal budget that was predominantly aimed at Croatia. 81% of spending in the budget was to go to the military. By the end of 91, around 550,000 people had been made refugees – including 300,000 in the occupied territories of Croatia.

In the area that continued to call itself Yugoslavia, Serbian President Slobodan Milosovic strengthened his position through 1992, despite the fact that 70 generals and admirals resigned from the armed forces in protest against his leadership. He succeeded in a referendum on March 1 to get Montenegro’s support for the creation of a united Yugoslavia with the center of Belgrade. The vote was boycotted by the opposition.

On 15 January 1992, the EU recognized Croatia and Slovenia as independent states. Germany had been pushing hard to get this recognition through, and had already unilaterally recognized the new states. On April 27, the Federal Parliament, with representatives from Serbia and Montenegro, adopted the formation of a new Yugoslav Federal Republic consisting of the two republics and with a parliamentary-based government.

The leader of the Serbian Orthodox Church, Patriarch Irinej, dies in the suites of covid-19. He is said to have been infected a week earlier when he led a well-attended funeral ceremony for Bishop Amfilohije in Montenegro’s capital, Podgorica, who also died in covid-19. The ceremony was attended by several thousand people without regard to the restrictions during the corona pandemic, which led to harsh criticism from the Montenegro authorities. Even the memorial service in Belgrade after the death of Patriarch Irinej gathered thousands of participants in a small area.

New government is sworn in

Four months after the election, Parliament approves the new government under the continued leadership of Prime Minister Ana Brnabić. The composition of the ministers leads to a debate in the media where many praise the even gender distribution, while critics claim that it is just a game for the galleries and completely insignificant as long as the political power is concentrated on President Aleksandar Vučić.

Summit with Kosovo in the USA

A US-led summit in Washington between President Aleksandar Vučić and Kosovo’s Prime Minister Avdullah Hoti ends with a promise of softened relations. The parties sign a document that US President Donald Trump calls “a historic agreement”. Most outside assessors are more cautious and describe it as a statement of intent. The document contains, among other things, measures to facilitate border crossings between the two countries and ambitions to share water and energy resources. 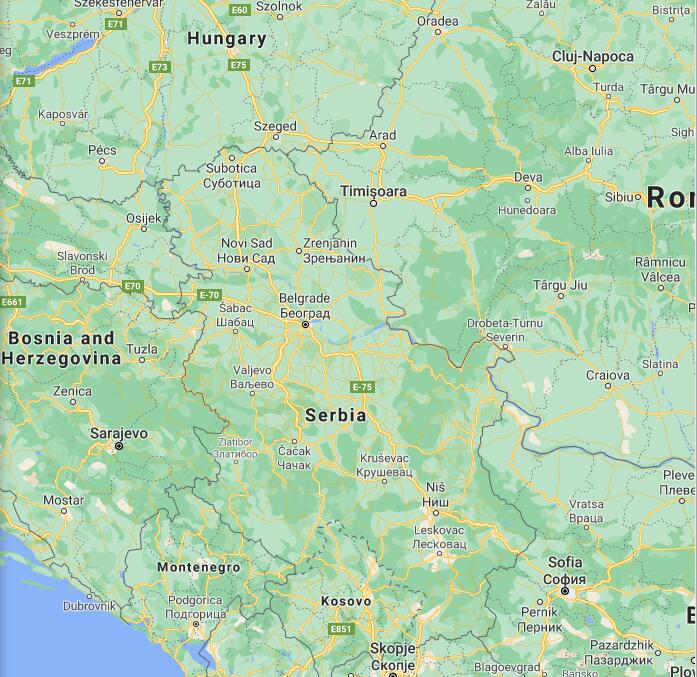