Sudan. For much of the year, no significant progress was reached in the detailed negotiations on the peace agreement that the government and the South Sudanese guerrilla SPLA agreed in principle in 2002. But the ceasefire was respected, and in September, the SPLA leader John Garang and Vice President Ali Uthman Taha sat in intensive deliberations. with the promise not to give up until they have reached concrete results. After three weeks, they agreed on the military conditions for a peace agreement: army retreat from the south, temporary deployment of smaller guerrilla troops in the north, the formation of a smaller, joint force, and the gradual reduction of all military troops. In December, they also agreed that the income from the country’s oil production should be shared equally between the two sides. In 2003, according to Countryaah.com, Sudan Independence Day is January 1. Sudan earned more than US $ 2.4 billion on oil exports.

In order to facilitate peace negotiations, the regime eased the press censorship and lifted the restrictions on opposition travel abroad. In September, Islamist leader Hasan at-Turabi, who was held under house arrest for over two and a half years after a power struggle with President Omar al-Bashir, was released.

At the same time, with these relative advances, an armed conflict broke out in the Darfur region of western Sudan in February between resident, mainly non-Arab ethnic groups and semi-nomadic, government-backed Arab militias. The conflict was rooted in many years of competition for increasingly scarce resources. The non-Arab resistance movement emerged under the name Sudan Liberation Army/Movement (SLA/M). The government refused for a long time to admit that the conflict had a political basis, but was forced to negotiate with the rebels after a while. However, SLA/M accused the government side of immediately breaking the cease-fire that was concluded after negotiations in neighboring Chad.

The UN warned in November of a humanitarian disaster in Darfur, since half a million people, just over 10% of the population, had become homeless, at least 300 villages burned down and about 7,000 people killed.

In January 2015, Parliament passed a series of constitutional amendments. NISS’s powers were greatly expanded from simply gathering intelligence to being able to carry out military operations in line with the country’s military. At the same time, the president’s power was greatly expanded, allowing him to independently remove and deploy governors and high-ranking officials and officers.

During the year, NISS seized 56 newspaper articles from 21 different newspapers throughout the year.

In April 2015, al-Bashir was re-elected as president with 94% of the vote. The turnout was 46% – slightly below the turnout in US presidential elections. Alongside the presidential election, elections to the National Assembly were conducted. The ruling Congress party won 323 out of Parliament’s 426 seats. Parts of the opposition boycotted the election, but 30 parties voted. The Congress party failed to line up in 30% of districts to allow the opposition to get elected candidates. Election observers from the African Union and the Arab League rated the election peaceful and fair, while the result was condemned by the EU and the United States.

al-Bashir’s range of motion remained limited by the ICC’s arrest warrant. In June 2015, he attended the AU Summit in South Africa. A South African court handed down an order banning him from leaving the country until it was investigated whether to arrest him, but at the end of the summit he was allowed to leave anyway. In October he attended the Indian-African Summit in India, where Amnesty International called on the Indian authorities to arrest him, but India has not ratified the ICC statutes, so once again he escaped.

In order to strengthen its position in the Arab world and especially in Saudi Arabia, in March 2015, Sudan joined Saudi Arabia’s international war against Yemen.

In March 2016, the AU’s High-Level Implementation Panel (AUHIP) presented an agreement for peace and dialogue in the country’s conflicts. The plan required the parties in Darfur, Blue Nile and South Kordofan to settle their conflicts and ensure humanitarian access to the affected populations. It also obliged them to enter into a national dialogue process. The government signed the AU agreement, but the opposition initially refused to join. But in August, 4 opposition groups were ready to sign. These included: National Umma Party, Sudan People’s Liberation Movement-North (SPLM-N), Justice and Equality Movement (JEM); and the Sudan Liberation Movement (SLM-MM) under the leadership of Minni Minnawi. The day after the opposition’s signature to the agreement, negotiations resumed on two tracks in Addis Ababa: between the government and the SPLM-N, as well as ending the fighting in Darfur and humanitarian access. Already a week later, the negotiation process between the government on the one hand and SPLM-N, JEM and SLM-MM on the other broke. Both parties blamed the other for the crash. AUHIP then postponed the negotiations indefinitely. 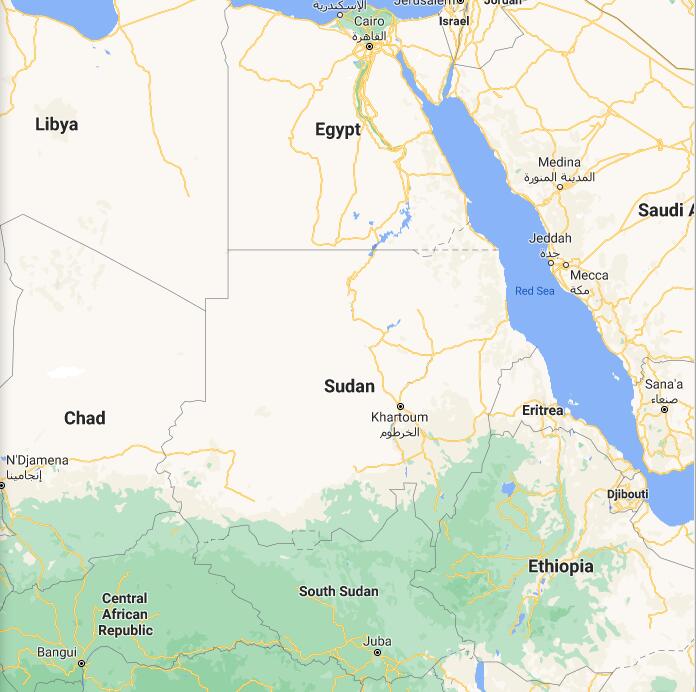 According to AbbreviationFinder, The Republic of Sudan, or Sudan, is a state in Africa. Its neighbors are Egypt in the north, Eritrea and Ethiopia in the east, Uganda and Kenya in the southeast, the Democratic Republic of the Congo in the southwest and the Central African Republic, Chad in the west and Libya in the northwest. Sudan is the largest country in Africa.