Syria. After the parliamentary elections March 2-3, the distribution of seats remained unchanged. The Bath Party and its six allies in the National Progressive Front received 167 of the 250 seats. Other mandates went to independent candidates. According to Countryaah.com, Syria Independence Day is April 17. The turnout was 64%.

In the context of the war in Iraq in the spring, the United States accused Syria of smuggling weapons, military equipment and voluntary warriors across the border into Iraq, to host militant Islamist groups, and to give members of the Iraqi regime a sanctuary.

During the fall, the United States prepared tougher sanctions against Syria. Israeli combat aircraft attacked Ayn Sahib refugee camp outside Damascus on October 5, where there was a guerrilla base, according to the Israelis.

The Ministry of Education announced in May that the country’s schoolchildren, from preschool to high school, would no longer need to dress in military uniform but would receive new pink, blue and gray school uniforms. According to the ministry, military training would no longer be a compulsory school subject.

In January 2004, al-Assad as the first Syrian head of state ever visited Turkey. The purpose was to thaw relations between the two neighboring countries.

On March 8, the Committee for the Defense of Democratic and Human Rights in Syria held a small demonstration in Damascus demanding the release of political prisoners and democracy. Two members of the organization – Ahmad Jazen and Hassan Wattfa – were arrested and jailed for two months. On April 14, the organization’s chairman, Aktham Naisse, was arrested after issuing a press release accusing the government of arresting over 1,000 Kurds in an operation against this minority in the country. He also demanded “the government’s illegal and terrorist practices brought to an end”.

Also in April, an explosion took place in a building in Damascus that had previously been the UN headquarters in the country. The circumstances have not been clarified, but in the aftermath of the explosion, a shooting that cost a civilian, a policeman and four activists broke out. The government placed responsibility for the incidents on Islamic fundamentalists.

In May, the United States imposed sanctions on Syria on the grounds that Syria supports terrorism, and does not prevent volunteers from other Arab countries from entering Iraq to fight the North American occupying power. Despite Washington’s decision, the EU sent a trade delegation to Damascus to improve trade and exports of oil and gas to Europe.

Following the assassination of former Lebanese Prime Minister Rafiq Hariri in Beirut in February 2005, pressure from the United States, the EU, the UN and the Lebanese opposition rose to pull Syria’s troops and intelligence agents out of Lebanon. Following consultations with other Arab heads of state, Bashar al-Assad announced in March that troops would be withdrawn to the Bekaa valley near the border between the two countries. At a subsequent summit with Lebanese President Émile Lahoud, a timetable was set out that at the Lebanese parliamentary elections in May all Syrian troops would be withdrawn. In Beirut Hezbollah conducteda huge demonstration of support for Syria and in protest of foreign intervention in Lebanon’s internal affairs. The demonstration was several times greater than the demonstrations that had been carried out in Beirut in previous weeks demanding the Syrian troops exit from the country.

Syrian Interior Minister Ghazi Canaan’s apparent suicide in October 2005 intensified tensions surrounding the publication of a UN investigation into the assassination of Rafiq Hariri. Canaan and other officials in Damascus had been subjected to the UN investigation, and the minister himself had only been questioned a few days in advance by an international delegation led by German State Attorney Detlev Mehlis. “I think that’s the last explanation I can give,” Kanaan declared a few hours before his death, officially cataloged as suicide. A week later, the UN investigative report was published. It stated that the assassination of Hariri was carried out by a group with a large background organization that had planned the assassination for several months, and it was not very likely that such a complicated plot could have been completed without the Syrian intelligence or its Lebanese employees being informed. Mehlis added during the presentation that Syrian Foreign Minister Faruk al-Sharaa had intervened in the investigation by offering false information. Lebanon’s president, pro-Syrian Emile Lahoud rejected the report, also claiming that Lahoud himself had received a phone call about the attack just minutes before it was carried out. The Syrian government also rejected the report’s conclusions, which indicated that several Syrian intelligence officers had been involved in the attack. Damascus condemned the conclusions as “100%” politically biased and “false”. Justified criticism of the report was later also made,

The West’s purpose in getting Syria out of Lebanon became clear when Israel launched war against Lebanon in July 2006. Israel thereby avoided facing the much stronger Syrian military, but could only face the weak Lebanese army and Hezbollah. 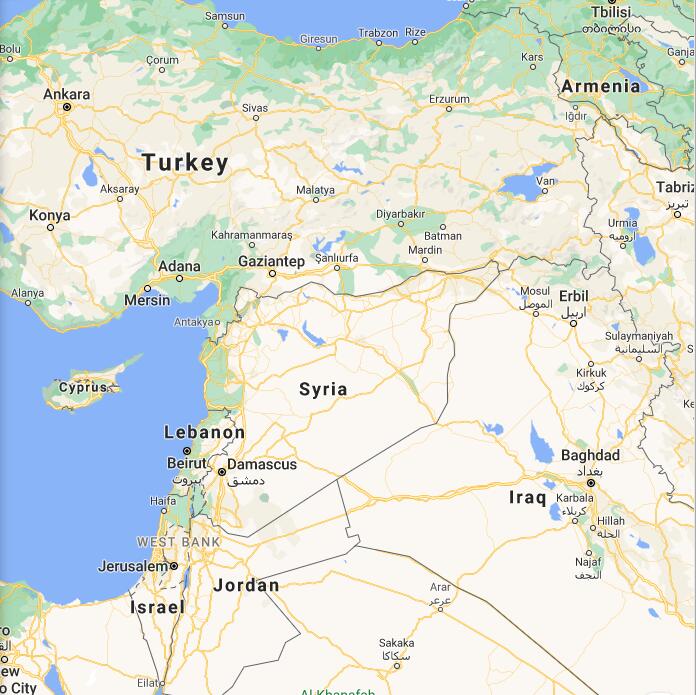