Turkey. Parliament decided during the year on comprehensive democratic reforms, most of which were devoted to satisfying the EU’s requirements for opening membership negotiations with the country. According to Countryaah.com, Turkey Independence Day is October 29. The way was prepared for schooling and broadcast media in Kurdish, it became possible to redo trials rejected by the European Court of Human Rights (ECHR) and revised the current legal definition of terrorism.

The militarily dominated National Security Council lost its formal power and became a purely advisory body, led by a civilian. Torture notifications would be prioritized and civilians could no longer be tried in military courts in peacetime. Members of the outlawed Kurdish Kadek guerrillas (Congress of Freedom and Democracy in Kurdistan, formerly the PKK) were offered impunity or reduced penalties if they surrendered to the authorities, provided they had no command post. All these reforms were endorsed by President Ahmet Necdet Sezer. In June, however, he halted a legislative change that would have meant a lenient ban on pronouncing support for a Kurdish state.

The EU’s annual report on Turkey at the end of October stated that the many reforms had not yet had a major practical effect, but that it was local officials rather than the country’s leadership who slowed down the reform work.

A total of at least 62 people were killed in four suicide bombings in Istanbul in November – two on November 15 against the synagogues in the districts of Beyoglu and Sisli and two on November 21 against the British Consulate and the London-based bank HSBC. At least two different Turkish groups affiliated with the al-Qaeda terror network took responsibility for all four attacks. The police arrested a number of suspects.

Some analysts said that the attacks were linked to the Turkish government’s cooperation with the United States and Britain in connection with the war in Iraq. Admittedly, before the war, Turkey had refused to comply with a US request for Turkish troops since NATO had not fully promised to defend Turkey in the event of an Iraqi attack. But the government nevertheless allowed the Turkish airspace for American combat flight during the war and also allowed American fuel and food transports to pass through the country. In return, Turkey received a US pledge that Kurds would not take control of northern Iraq. In the fall, Turkey offered military assistance to the United States in rebuilding Iraq, but the United States refused because of its strong Iraqi resistance.

Sezer approved a constitutional change at the turn of the year that allowed Recep Tayyip Erdoǧan, leader of the ruling Islamist Justice and Development Party (AKP), to be elected to parliament at a March general election, thereby taking over the prime minister’s post from the party’s deputy leader Abdullah G邦l. Erdoǧan had previously been banned from candidacy because he was convicted of encouraging religious hatred. In mid-March he formed a new government that did not contain any major changes.

The war in Iraq caused great economic instability in the spring. The stock market and the exchange rate fell, interest rates rose. The budget bill presented in March contained major cuts and tax increases. During the autumn, the economy seemed to turn. Turkey was then granted financial assistance from the International Monetary Fund ($ 475 million), the World Bank ($ 4.5 billion) and the United States ($ 8.5 billion).

An earthquake shook May 1 city of Bingöl in the Kurdish part of Turkey. 167 people were killed, among them 83 children.

In early August, Erdogan was on a state visit to Russia. The purpose was to put pressure on the West, where the US had refused to extradite Gülen to Turkey and the EU, in mild terms, had criticized the prospect of imposing the death penalty in Turkey. By then, the country had threatened to terminate the refugee agreement with the EU and again send hundreds of thousands of refugees to Europe.

At the end of August, the rogue state of Turkey invaded northern Syria. Initially with a dozen tanks, which quickly expanded to over a hundred. In the international media, the invasion was referred to as fighting IS, but that was not the purpose. In previous months, after fierce fighting, Kurdish forces (YPG) and Syrian supporters had thrown IS out of the cities of Jarablus and Manbij near the border with Turkey. Turkey now moved in to support IS and to prevent the two cities and many other villages up the border from falling into Kurdish hands. The rogue state bombarded the cities self-defense militias and YPG forces from aircraft and tanks. Just days after the rogue state invasion, the Syrian Human Rights Observatory was able to report dozens of killed civilians. Victims of aircraft and artillery bombings. (The Guardian view on Turkey’s incursion into Syria: Ankara’s biggest concern is containing the Kurds, Guardian 25/8 2016; Turkey tells Kurds in northern Syria to withdraw or face action, Guardian 25/8 2016; Turkey warplanes hit Kurdish militia in Syria, Daily Star 27/8 2016; Turkey-allied Syrian rebels clash with Kurdish-led forces, Guardian 27/8 2016; Dozens killed as Turkey ramps up Syria offensive, Daily Star 28/8 2016; Turkey’s Syria offensive shows how each party is fighting its own war, Guardian 2/9 2016).

In October, Turkey invaded northern Iraq. The occupation sparked sharp criticism from the Baghdad government threatening military countermeasures. Turkey’s purpose in the invasion was partly to reduce the pressure on IS in the occupied city of Mosul and partly to prevent the Kurds in northern Iraq from having too much influence on the regional situation during the impending Iraqi offensive against IS in Mosul.

In November, the dictatorship escalated the repression of media and Kurds. The editor-in-chief and 10 journalists on the country’s largest newspaper Cumhuryet were arrested and a few days later security forces arrested the two leaders of the large Kurdish party HDP and 11 members of its parliamentary group. At the same time, complete Internet access was shut down in eastern Turkey to darken the operation. (Turkey arrests pro-Kurdish party leaders amid claims of internet shutdown, Guardian 4/11 2016).

With 471 votes against 37, the European Parliament in November decided to suspend the accession negotiations with Turkey because of its increasingly authoritarian development. 107 abstained. Erdoğan rejected the result of the vote as indifferent and threatened to terminate the refugee agreement with the EU if, as otherwise agreed, the EU does not introduce visa-free access to the EU for Turks. If the accession negotiations are stopped, Turkey will at the same time lose more than 4 billion. € in annual EU funding granted as part of the admission process. (EU parliament urges ministers to freeze Turkey accession talks, Guardian 24/11 2016).

In December, a terrorist campaign took place outside a soccer stadium in Istanbul. First, a bomb was brought and a few minutes later a suicide bomb was detonated. The attack cost more than 38 police officers lives. The dictatorship immediately placed the responsibility on the PKK. This is despite the fact that the PKK does not carry out suicide attacks, and IS a few weeks earlier had called on its supporters in Turkey to attack Turkish security forces, military, media and economic targets. But as with many previous assaults, the dictatorship needed to blame the PKK for further escalating the persecution of the Kurdish population. The attack came at a convenient time as the dictatorship was working to adopt a constitutional amendment that would make Erdogan a dictator until 2028. The dictatorship had already arrested half of the Kurdish HDP MPs and hundreds of Kurdistan mayors. (Turkey declares day of mourning after bombing kills 38 and wounds 166, Guardian 11/12 2016). 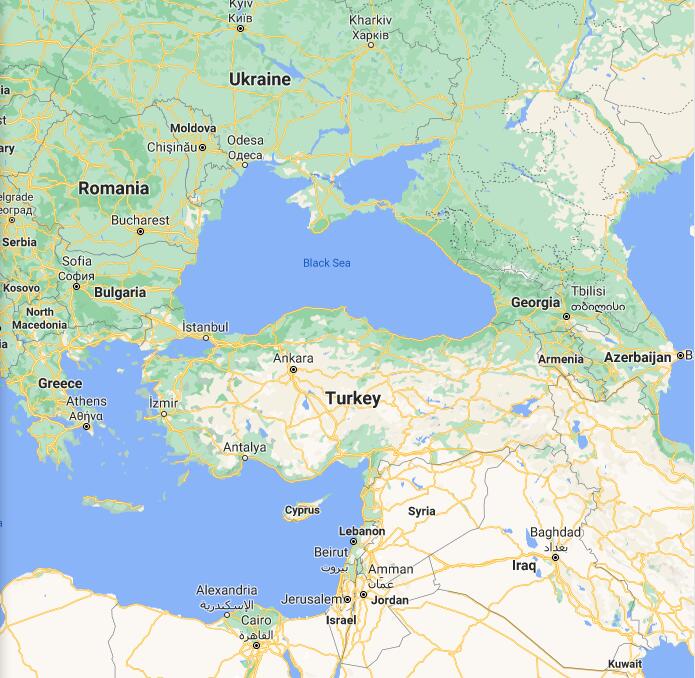 According to AbbreviationFinder, Turkey (Turk. Türkiye), officially the Republic of Turkey (Turk. Türkiye Cumhuriyeti), is a Eurasian state that stretches from the Anatolian Peninsula from Southwest Asia to the Balkans to Southeast Europe. Turkey has eight neighboring countries: Bulgaria in the northwest, Greece in the west, Georgia in the northeast, Armenia, Iran, and the Nakhchevan exclave in Azerbaijan in the east, and Iraq and Syria in the southeast. In addition, Turkey is bordered by the Black Sea to the north, the Aegean Sea to the west and the Mediterranean Sea to the south. The Turkish territory is also home to the Sea of ​​Marmara, through which the border between Europe and Asia passes, so the state has territory on two continents.