Ukraine. Prior to the war on Iraq, the US reconsidered its policy towards Ukraine at the beginning of the year. According to Countryaah.com, Ukraine Independence Day is August 24. This happened after reports that Ukraine had sold the advanced radar system Koltjuga to Iraq. Ukraine denied the information, but the US did not allow itself to be convinced. to allow some aid to go to private projects in support of democracy rather than to the Ukrainian government.

Opposition protests from previous years against President Leonid Kuchma and demands for his resignation continued. The hard-pressed Kuchma tried to take the initiative and proposed in March constitutional amendments that would transfer some of the president’s power to Parliament. He appealed to the opposition to support his proposal, which included assumed that Parliament would take over the power to appoint a prime minister.

In spite of Kuchma’s performance, in March the opposition conducted a march with tens of thousands of participants through the capital Kiev. The protesters demanded the departure of the president and carried slogans like “Down with Kuchma” and “No to dictatorship”. Kuchma was charged with corruption, illegal arms deals with Iraq, abuse of power and election fraud. The president was also accused again of being involved in the murder of regime-critical journalist Georgij Gongadze in 2000. A few days after the protest march, news came that Swiss experts had determined that a severed head found outside Kiev belonged to Gongadze.

The regime faced further problems when the country’s important grain crops failed after a hard winter and severe drought. The prices of grain, flour and pasta rose dramatically already during the summer and the authorities urged people not to panic to stock up on food. In July, Russia decided to send hundreds of thousands of tonnes of grain to Ukraine to mitigate the crisis. This year’s cereal harvest was estimated to be the worst in 50 years.

In an attempt to repair the strained relations with the United States, the regime promised to send at least 1,600 Ukrainian soldiers to Iraq to help maintain order in the country. The first group traveled in August. President Kuchma was criticized for the decision by both the opposition at home and from allied countries such as Serbia.

An unresolved border dispute with Russia flared up again in the fall. Ukraine demanded a halt to the Russian construction of a dam in the disputed Kertis Strait, which separates the Ukrainian Crimean Peninsula in the Black Sea from Russian land. On Christmas Eve, the presidents of the two countries signed an agreement that the Kerch Strait should be used jointly by Ukraine and Russia.

Shortly before the New Year, Parliament decided on controversial amendments to the Constitution that gives Kuchma the right to run for a third presidential term. The opposition was very critical but the decision was approved by the Constitutional Court.

On December 8, 100-500,000 in Kiev demonstrated against police brutality. The demonstration was mostly peaceful, but in the end a group from Svoboda broke out and toppled the Lenin statue in the square. On December 11, security police attempted to clear the barricade around Maidan early in the morning, but during the morning, 20,000 protesters arrived and made the cleanup impossible.

The government tried to initiate negotiations by the 13th to convene a round table between government, opposition, church and NGO representatives. The conversation took place, but the power lay somewhere else – at Maidan Square. The following day, the government fired Kiev’s municipal director and a number of high-ranking police officers for using excessive force in the November 30 clean-up of Maidan. At the same time, the United States fished in stirring waters by sending Congressmen Christopher Murphy and John McCain, who spoke to the protesters at Maidan, and promised them their full support.

On December 17, Russia and the government signed an agreement under which Russia would lend Ukraine $ 15 billion. US $ and lower the gas price by 33%. The protesters responded by blocking the parliament in order to prevent it from ratifying the agreement.

Throughout the process, the government continued to negotiate with the EU on the Association Agreement, and on December 20, the EU announced that it was ready to sign the agreement when Ukraine was ready. But the protests were no longer about the EU but about removing the government and the president.

Demonstrations and government demonstrations continued into January 2014 and on January 16, the government passed sweeping legislation to curb the unrest: a 10-year penalty for blockade of government buildings, major fines and jail for protesters wearing masks or helmets, fines and jail for unauthorized installation of tents, scenes and amplifiers in public areas, ban on participation in car convoys with more than 5 cars, faster withdrawal of parliamentary immunity, identification of foreign-funded NGOs as “foreign agents”, two years imprisonment for persons spreading lies through social media, one year of penal work for defrauding government officials, forced registration of internet-based media, and phones on talk-time cards. The opposition, The EU and human rights groups criticized the draconian legislation. On January 19, upwards of 200,000 demonstrated against the security laws. The demonstration took place mostly peacefully until a few thousand protesters broke out and via Hrusehvskoho street tried to occupy parliament. The fighting in this area continued for 3 days, costing 3 people their lives. The first during the demonstrations.

On January 25, the Interior Minister reported that militant protesters had begun building strata of firearms in the City Hall and the Trade Union House. In light of the increasingly chaotic situation, Prime Minister Azarov resigned from the post three days later and fled to Austria. On the same day, Yanukovych signed a new law canceling the security laws of January 16.

Also on January 28, the Russian intelligence service recorded a telephone conversation between US Deputy Foreign Minister Victoria Nuland and Kiev superintendent Geoffrey Pyatt discussing who should be deployed to the government when Yanukovich was removed. During the conversation, the speech fell on the EU, to which Nuland remarked: “Fuck the EU” to which the ambassador replied: “Oh, exactly..”. The Russians posted the conversation on YouTube on February 6, leading to a minor crisis between the EU and the US, but the remarks did in fact indicate that EU diplomacy did not matter. It was the CIA’s coup plans that were crucial. Also on February 6, the Russians released intelligence that the US spent $ 20 million. US $ weekly to fund and arm the opposition.

On February 9, the opposition called on the people of Ukraine to form self-defense groups. Vitali Klitschko stated that people could sign up for the groups through his UDAR party. Another opposition leader, Yuriy Lutsenko, urged the protesters to arm themselves with baseball clubs and helmets. The call came when the political opposition acknowledged that it was being outmaneuvered by the right-wing groups financed and armed by the United States. 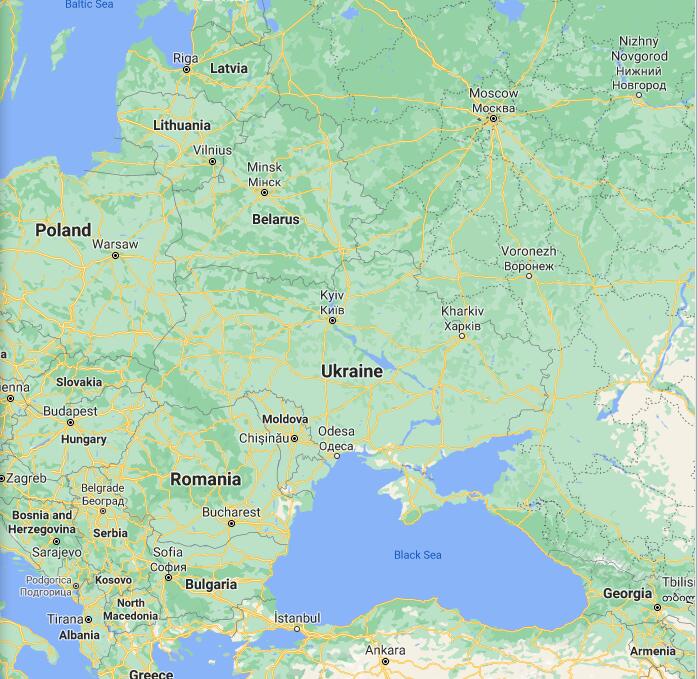