Sheikh Saqr ibn Muhammad al-Qasimi, emir of the emirate Ras al-Khayma, in June appointed one of her younger sons, 48-year-old Sheikh Saud al-Qasimi, to crown prince instead of eldest son Khalid al-Qasimi, who was crown prince since 1963.

Legal to do business with Israel

A law imposing a boycott on Israel is repealed. It will thus be allowed, among other things, to trade in Israeli goods. The next day, the first direct flight is operated with commercial flights between Israel and the Emirates. Both measures are based on the agreement between the countries to establish normal relations between the states (see 13 August). On board the first flight from Israel is US President Trump’s son-in-law Jared Kushner, who is trying to get more Arab states to recognize Israel and give up demands linked to the establishment of a Palestinian state.

A drone used against a military training camp south of the Libyan capital Tripoli on January 4 had been delivered by the United Arab Emirates, according to the British BBC, which refers to photo evidence. The city and the country’s internationally accepted government were at the time under siege by the warlord General Haftar’s forces, LNA, which is supported by several neighboring countries, including the Emirates and Egypt. According to the BBC, the drone, of Chinese manufacture as well as the robot used, came from an air base in eastern Libya controlled by Haftar. 26 military cadets killed were young and unarmed.

Fishermen lose their lives in confrontation

Two Iranian fishermen lose their lives when the United Arab Emirates’ coast guard opens fire on a fishing fleet. Iran seizes an Emirati ship, seizes the crew and protests through the emirate’s chargé d’affaires. Diplomatic relations between the two countries have been downgraded since 2016, and a recent reason for increased tensions is the emirate’s decision to recognize Israel.

War of words about Israel

Iranian President Rohani criticizes the United Arab Emirates’ decision to normalize diplomatic relations with Israel. Rohani describes it as a “big mistake” and warns of opening the way for Israel in the region. This prompted the emirate, which sees his statements as a threat, to file a protest note to Iran.

The cautious contacts that have been going on for some time between Israel and the United Arab Emirates (see October 29, 2018) result in something they call a peace agreement, Israel’s third with an Arab alliance. The emirate recognizes Israel and states that one condition is that Israel does not take seriously its plans to annex more land in the occupied West Bank. Full diplomatic exchanges, trade and air links will be established and emirates will be able to visit the holy sites of Islam in Jerusalem. One reason why Israel and Sunni-Muslim Arab countries are approaching each other is that they are concerned about the Iranian regime’s influence in the region. The Palestinians react to the settlement with disappointment and condemnation.

The first of the reactors at the Barakah nuclear power plant (“Blessing”) is started. The nuclear power plant is the first in the Arab world and has been built by a consortium led by a South Korean company. When fully operational, the four reactors will cover a quarter of the country’s energy needs. Before the International Atomic Energy Agency (IAEA), the United Arab Emirates has emphasized that it is a matter of civilian electricity production and that it will not acquire technical equipment for uranium enrichment, which will make it possible to develop weapons uranium. 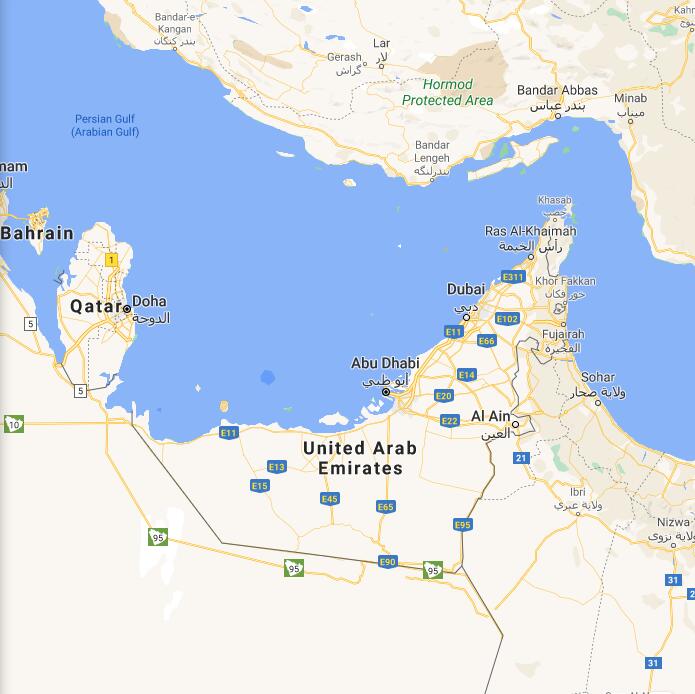