Western Sahara. The UN Security Council adopted Resolution 1495 on support for the peace plan presented by UN envoy James Baker to V. According to the plan, V. would gain autonomy in Morocco for a number of years, after which a referendum on the future of the territory would be held. The Western Sahara Independence Movement Polisario accepted the plan as a starting point for negotiations. However, the Moroccan government did not.

In February, Polisario released 100 Moroccan prisoners of war and a further 243 months in August-September. Most of them had been imprisoned in Algeria camps since 1979 and some since the mid-1970s, longer than any other prisoners in the world.

In October 2001, King Muhammad VI made his first voyage in Western Sahara after his ascension. The visit coincided with an agreement between the government of Morocco and French and North American oil companies exploring off the coast of Western Sahara. President Abdel Aziz characterized the visit as a provocation and declared the peace process difficult. The visit took place around the anniversary of the “Green march”.

During French President Jacques Chirac’s visit to Morocco in late 2001, he referred to Western Sahara as part of Morocco. The statement was heavily criticized by Abdel Aziz, and also embarrassed Algeria which has historically defended Western Sahara’s independence, as well as Spain, which has recently withdrawn its support for Morocco’s position. Chirac’s statements were the first by a superpower to support Morocco and against UN decisions. It was interpreted as expressing French interest in participating in the oil and gas adventure in Western Sahara.

In October 2002, Algeria rejected the Baker Plan and proposed instead that the UN administer Western Sahara. Kofi Annan made four different proposals for resolving the conflict: proceed with the agreement plan according to which a referendum on independence should be carried out; continue with the Marcoplan with minor changes; initiate negotiations on division of territory; or withdrawal of Minurso, which will mean the final collapse of the peace process after it has cost $ 560 million. Euro and 11 years of fruitless efforts.

In 2001-03, significant deposits of gas and oil were discovered in the sea off the coast of Western Sahara in a 210,000 km2 area. Morocco signed an agreement with the French Total Fina Elf and the North American Kerr-McGee on the extraction of the deposits, despite the fact that the UN can adopt reprisals since Morocco – in theory – has no administrative power over Western Sahara. The Sahrawi accused Morocco of concluding these agreements with key members of the Security Council, thereby legitimizing and securing its invasion of the country. In May, however, RASD signed an agreement with the British-Australian company Fusion Oil on an assessment of the oil deposits.

In January 2003, Baker put forward a new plan that requires Western Sahara to grant autonomy within Morocco over a period of at least 4 years in a referendum on autonomy. Morocco will gain sovereignty over the country while leaving local and domestic policy issues to the people of Western Sahara. After this period, a referendum on self-determination is conducted. That was to happen in 2007-08, and the voters would be the saharuis included in the 1974 Spanish census, as well as the approx. 150,000 Moroccan immigrants who came as part of the “Green march”. The referendum would have to decide on the issue of independence or integration in Morocco. Polisario accepted the proposal and released 243 Moroccan prisoners. Morocco declined to consider it. 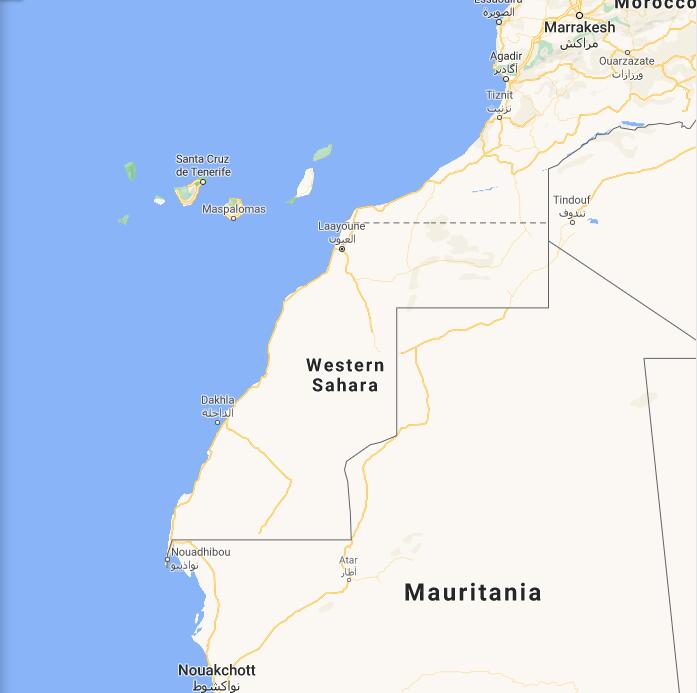